The past couple of years have been difficult for our scholarship students.

First they had to endure the Covid epidemic when the universities closed but offered online tuition, then the disruption, and now uncertainties, following the Taliban takeover.

Some universities run classes for women in the morning and for men in the afternoon. Some have joint classes with a curtain between the sexes.

Young women are fearful of being in the street and several have changed universities to reduce their journey time.

Women’s dormitories at universities have been closed and women renting rooms without male ‘protectors’ feel vulnerable – and appealing to the police or Taliban is likely to bring even more danger.

It’s not getting easier for female students but they have shown such courage to keep going and we’re most certainly not going to fail them now. We’re more determined than ever to continue to offer young women the chance of their own career while improving the future health of Afghan women. 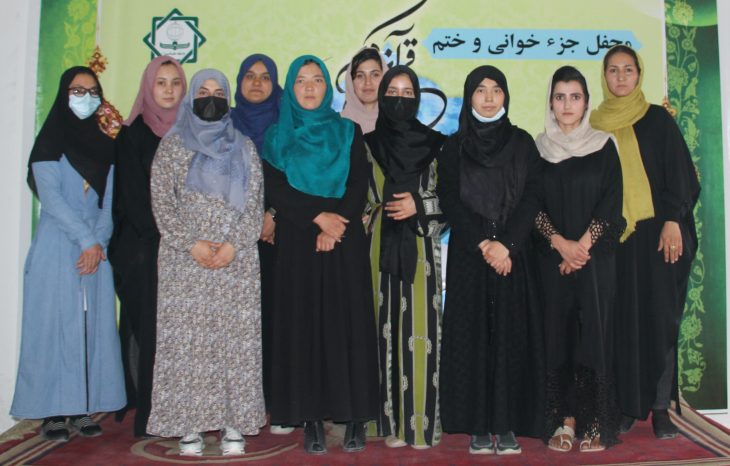 Some of the students at Khatam Al-Nabieen University.

So this spring we advertised our scholarships again, received more than 500 applications, interviewed 74 and selected 36.

We need to be sure that selection is impartial regarding ethnicity, and not open to accusations of bribery, so we take special care to ensure that the process is transparent and objective.

Our Afghan selection committee of four comprises LNF employee Frishta via zoom from Stornoway, a trusted volunteer from a charity we fund, a member of staff from the university, and Negina, who works for the Foundation in Kabul. They come together just for this selection process and use standard questions and score sheets.

We have increased the number of scholarships offered to students who are part-way through their studies because many, previously managing with financial help from their families, found themselves unable to continue following the recent economic turmoil.

It’s been incredibly difficult with banks limiting withdrawals of money, government workers unpaid, withdrawal of aid and many losing their jobs.

The opportunity to earn an income through part-time work has disappeared so we now give all students a living allowance of £480 a year, which for them is the difference between managing or not.

We distribute the same allowance to all as it proved impractical to ‘means test’ each student.

We also sponsor three newly-qualified doctors though a three-year residency programme within the CURE hospital in Kabul.

Last year we had hoped to bring 20 of the brightest medics to study at the five Scottish medical schools, all of whom – to their eternal credit – had agreed to take students. Unfortunately, despite many days spent trying, we were unable to crack the layers of UK government obstacles that prevent Afghans from coming here.

« Your generous help is keeping us going
Reacting quickly to change »