Murtaza Barlas describes the 48 hours he and his family endured outside Kabul airport in their first attempts to leave Afghanistan. 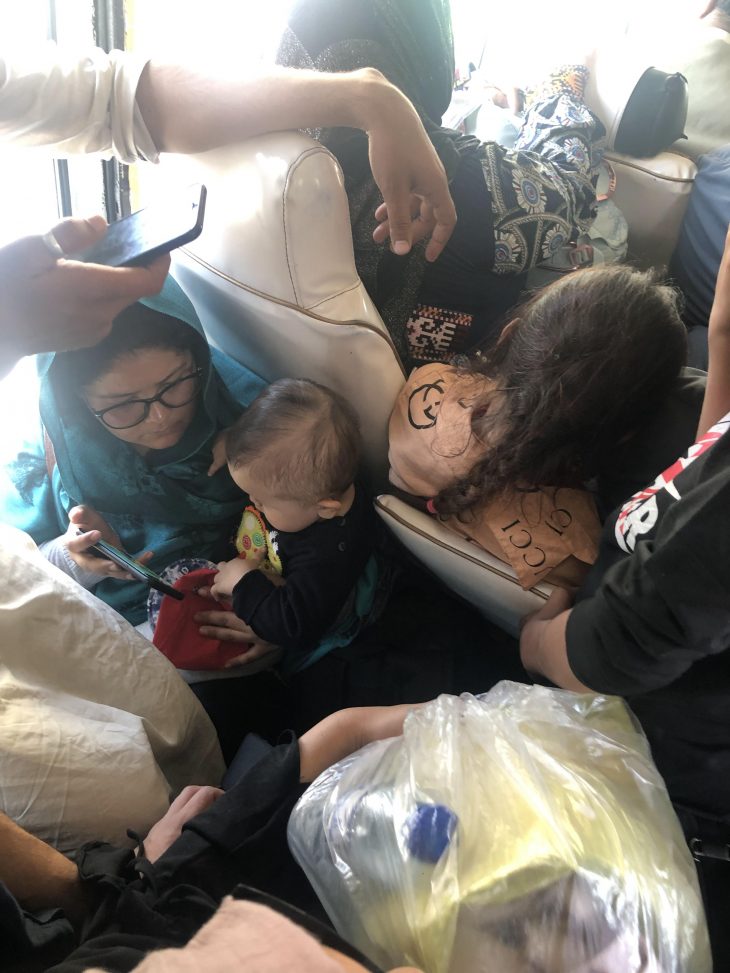 The family spent many hours on a cramped bus outside the airport with temperatures in the high 30s.

We decided to get out of Afghanistan. The country we wanted to live in and make a bright future in was no longer ours and it was not possible for us to live there anymore.

We were now in front of the gate of the Kabul airport hearing constant gunfire, where thousands of people were waiting to find a way to enter and to escape.

We also joined them. Five of us waiting in a wave of floating crowds in front of the gate. The only difference was that we were inside the minibus to get in. It was a very difficult moment. The air was heavy.

The day before, in an explosion, hundreds of people who were hoping to build a new life in a safer country were killed. We were waiting nervously to find out if we would also meet death like them or we could escape.

We had to leave the home that we built with love. Gone now. We just had the clothes we wore, and we left our home with powder and diapers for nine-month-old Kia. At that moment, our only wish was to escape death.

As I was thinking about all this, suddenly I saw everyone was running. They were shouting that another attack was about to happen. We were inside the minibus. We ran, too.

Is this his last moment alive? Will we be alive to see him growing up in a peaceful environment?

For a moment we felt that we would meet death. I was looking at Kia and asking myself why he should suffer all these difficulties? Is this his last moment alive? Will we be alive to see him growing up in a peaceful environment? My mind was exploding with lots of other thoughts. It was very hard to be hopeful at that time.

After an hour we came back to the gate but the Taliban were controlling the gate. We got to know that it was just a plan to occupy the gate.

Another day passed. The day when tears came from our eyes both for leaving the house and tear gas. The tears were doubled when I saw Kia was crying loudly because of tear gas. Eventually, our hopefulness changed to hopelessness when the last British flight left the Kabul airport. After hours of conversation with death the window was closed.

But in the end, after a long wait, a new window opened, and now we are in Scotland. 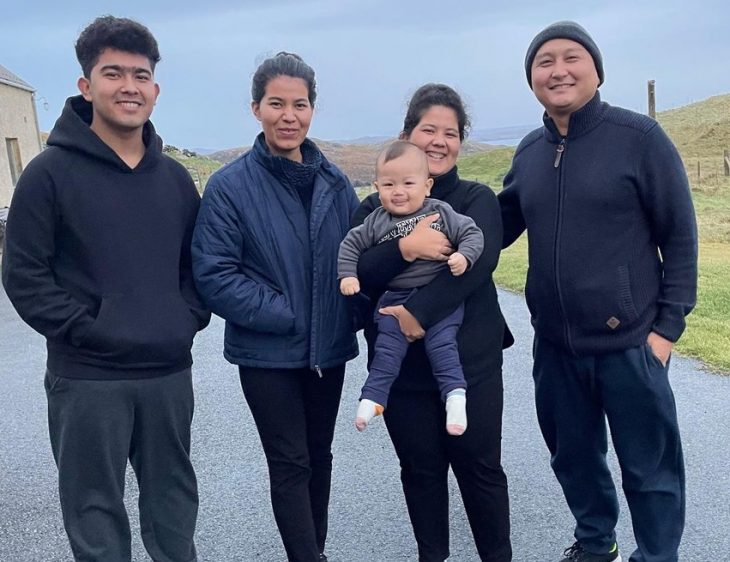 Murtaza (right) with his wife Frishta and their baby son Kia, Farzana and Zaker, safely on the Isle of Lewis.