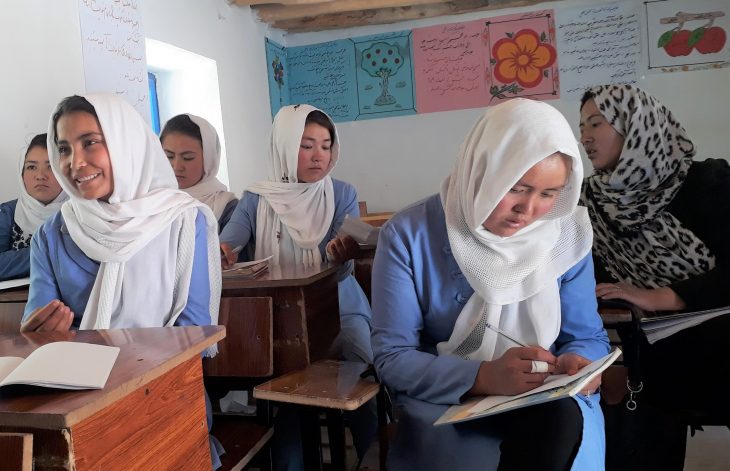 Last year I spotted an article in the New York Times about an incredible rural school in Bamyan province. It was managing to get more than 90% of its students to college, even though most had parents who were illiterate.

Habib, our Afghan volunteer, visited the school to find out more about the current situation. It has 330 girls and 146 boys, which is unusual in a country where one in two boys attend secondary school, but only one in four girls do. Evidently, boys in this area stay home to help with the farming work.

Rustam School is in the Yakawlang district of Bamyan province, home to the Hazara ethnic minority. Linda worked there, helping to establish Afghanistan’s first national park at Band-e Amir lakes, and the Foundation has supported projects in Bamyan, including a women’s beekeeping group in Yakawlang.

Many of the children walk for more than an hour to school through a mountainous area with a harsh climate.

When the Taliban ruled Afghanistan, girls’ education was banned. The local passion for education, especially among girls, is a reaction to that era, according to the New York Times article. The fourth-grade maths teacher, Badan Joya,  did not begin school herself until the Taliban’s rule ended when she was 11. Until then, she could not read or write, and her only education had been sewing classes.

Many of the children walk for more than an hour to school through a mountainous area with a harsh climate. Temperatures in summer can soar to over 35 degrees while the average January temperature is -10. There are seven classrooms and six tents, all unheated, and most children sit directly on the concrete floors.

UK charity Action Aid has a programme of supporting four schools in the area for four years, then moving on to support another four schools. They achieved amazing results at Rustam School but their four years of help has come to an end and we found that the school would still benefit from support. 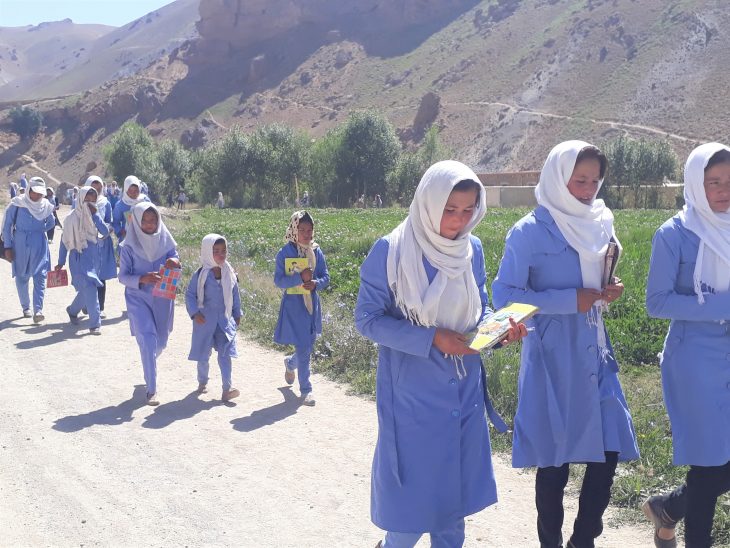 Some children walk for more than an hour to school.

How we are helping

Digging the trenches for the school’s water pipe.

This year the Foundation gave more £4,000 to provide the materials for a water supply along with basics such as a printer, solar panel batteries, stationery, and rugs for the students to sit on.

Local men agreed to dig the trenches for the water pipe if we supplied the pipe. After the winter thaw, they set to and excavated by hand more than a kilometre of pipeline between a mountain spring and the school.

It’s now complete and the standpipe in the compound is a boon, allowing handwashing and safe drinking water that was just not feasible before. This would be an issue in a school with nearly 500 pupils at the best of times, but even more so during the coronavirus pandemic.

LNF’s contribution towards the water supply was just over £1,000 – this represents good value for us, while the voluntary labour contribution will help build community support for the school.

Overall, the funding is a small price to pay if it enables these teachers and pupils to continue to achieve and to be an outstanding example to others.

Our visit to Bamyan

As Bamyan is relatively ‘safe’, we were able to visit this province during a trip to Afghanistan in 2016. We explored the town and climbed through thick snow to the highest village in the valley where the Foundation had funded the planting of fruit and shelter trees. Villagers welcomed us in their local meeting room and, sitting cross-legged on cushions around the room, we were given a lunch of flat bread with a liquid curd-like cheese and cup after cup of sweet green tea. After the climb, this was very welcome.

The following day we visited Band-e-Amir lakes where Linda played a major role in setting up Afghanistan’s first national park. She always spoke of how beautiful so many parts of Afghanistan are, something not generally seen on the news here in the west, and this certainly was one of them. It was a real privilege to visit this part of the country and to receive such wonderful hospitality. 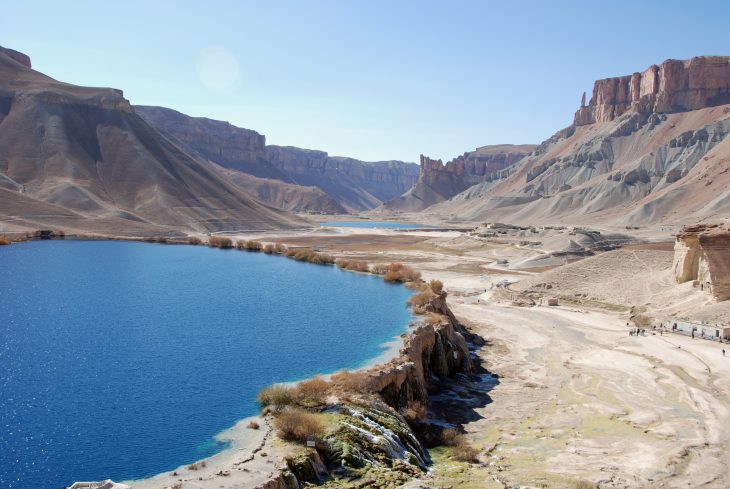 « Coronavirus in Afghanistan
Choosing who to fund »