Many families in Afghanistan are struggling to keep warm in the harsh winter, so we are helping to provide heating stoves, fuel and blankets. We are providing funds through Gawharshad Private High School, who distribute the essential supplies.

In these videos, women from the families we are supporting tell their story.

Below are some of the other families being supported by your donations – the quotes are from interviews with the families carried out by our Afghan partners.

“My youngest son is so little to cope with the cold weather, even with a blanket.”

Seddiqa and Ghulum live with their four children in a poor district of Kabul. Ghulum, who is disabled, is a cleaner but he has not been paid for many months. Their house has damp floors, leaking roofs, and no firewood or other heating fuel. 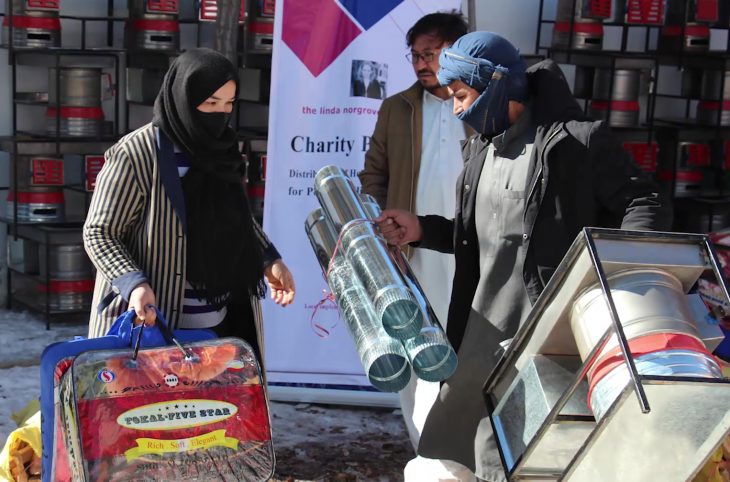 Seddiqa collects blankets and heating supplies for her family.

“There is snow everywhere now and I can do nothing for them.”

Raihana is a widow with five daughters. Their home lacks basic facilities including a bathroom – they use a tented area in the open when taking a bath. One of her daughters is suffering from depression, but they cannot afford medical treatment for her. The family peel almonds at home to make some money and, until the weather became too cold, would collect firewood from the nearby hills.

“When my sons come of age, they will work to make life better.” 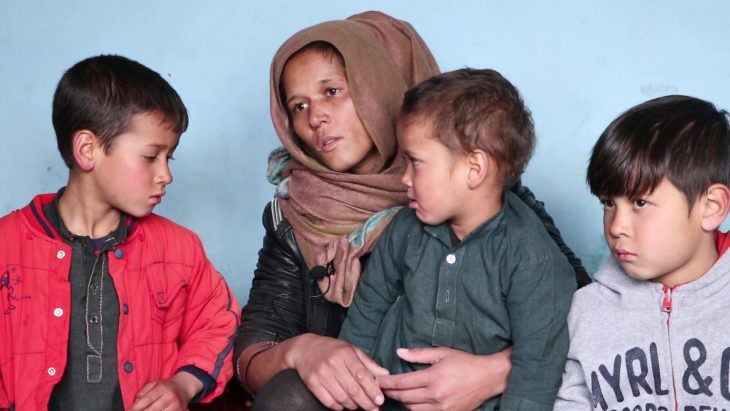 Shukria and her three sons live in a room that someone lets them have rent-free. Her husband had a drug addiction and disappeared several years ago. She has worked doing laundry for others but there is currently no work during the winter. Her oldest son works outside bus stations, directing passengers to taxis, for which he gets a small amount of money. 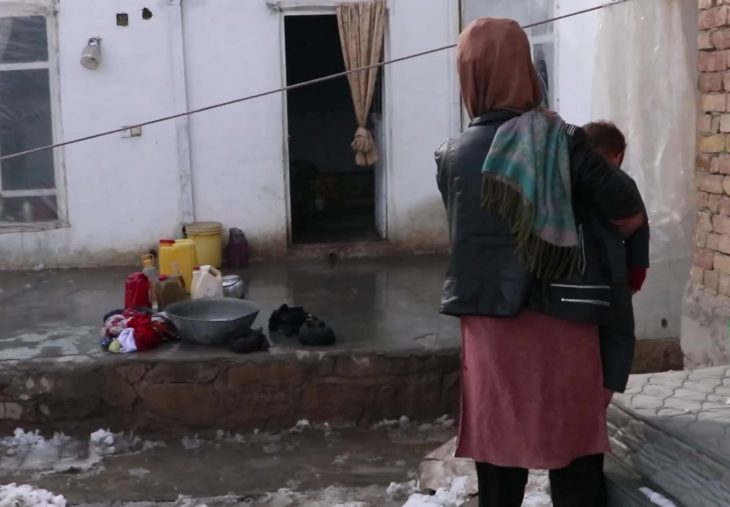 Shukria outside the room where she and her sons live, and (below) collecting blankets and heaters. 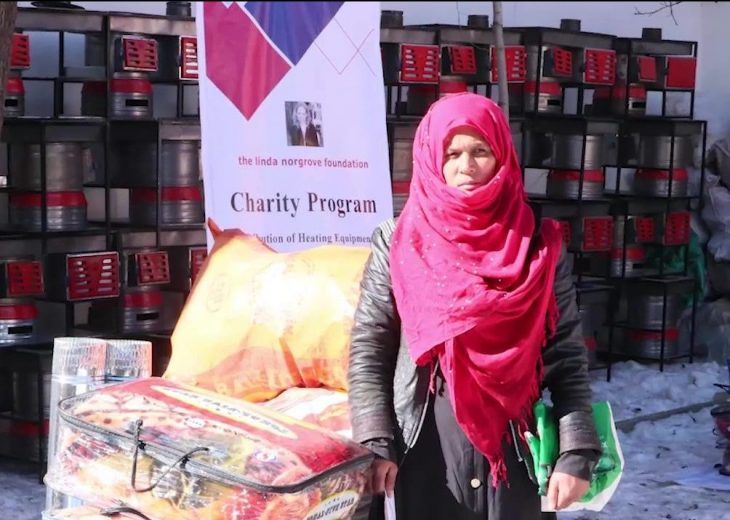 “Sometimes I go to the mountains and get firewood.”

Sharifa heads up a family of five – her son and daughter-in-law and their two children. The parents’ work is irregular and they do not have enough money for any heating, except for occasional firewood. Sharifa and her husband were once famers, but he and two of their sons were killed during the wars in Afghanistan in the 1990s. 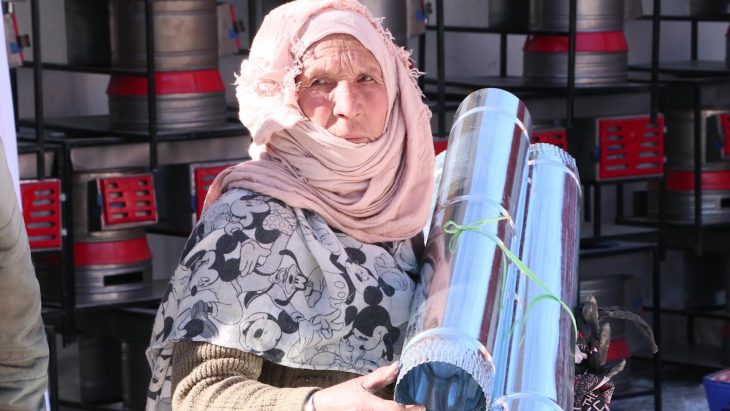